I’ve mentioned it a few times between the blog and twitter, but my new laptop finally arrived today…albeit more than 2 weeks early. Not a bad thing at all.

I opted for an R61, custom-configured, in part because of special pricing (ironically enough, you’ll soon see) as a Microsoft partner. Basic specs are:

Yes, Linux…thus the ironic part. As for SUSE, I hadn’t played with it since about 2005, so was interested in seeing how it had changed–plus it also came with Xen virtualization, which I was really interested in.

As it turned out, I was both disappointed and extremely happy. Happiness was in the performance–the system rocks. Disappointment came somewhat from SUSE–it was snappy and looked decent, but its implementation of Xen was very, very disappointing. After installing it and rebooting, it was obvious the boot process itself as having issues, and then once it got to loading SUSE, it suddenly didn’t have the correct configuration for X.

So…I’d already had enough….I downloaded the 64-bit version of Ubuntu 8.04. Loaded up without issues, then got to work on the initial configuration, because I just cannot stand the brown/orange thing standard with Ubuntu. I go blue. 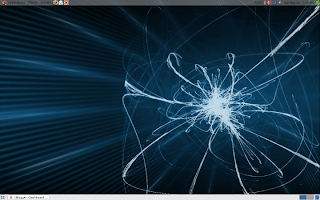