A Biblical View on Class Warfare and the “Occupy” Movement 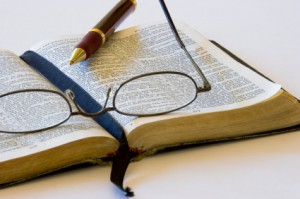 I normally don’t use my blog for this sort of post, but after the events of the past few days and a particular post on Facebook that I engaged in, I knew it was necessary.

Let me preface by admitting that I am not a fan of the vast majority of this so-called movement. First, because of the class warfare rhetoric–I have no stomach for it, nor do I believe it has any place in the Church. Secondly, because I believe elements of this movement are by no means spontaneous–they are funded by, organized by, and supportive of certain elements. And lastly (of my main disagreements), because the parts I do agree with have been so watered down by other elements with their own agenda that the protest has lost much of its meaning.

But what do I think this kind of thing has no place in the Church? Have there not been protests that the Church has supported and should support? There absolutely have been, and will be in the days to come. But this one is not one of them, because the root is based on envy.

Let me say that again–the current protests are based on envy…of what others (in their rhetoric, “the rich”) have and wanting to take it. Pure and simple. They surround it with talk of “fair share” and other such phrases (yet disregarding the truth of how the progressive tax code of the US taxes those people at a much higher percent, as well as all kinds of other facts), but it is all about pretending the government should be Robin Hood and take from the rich and give to the poor (which in this case is them).

But let’s just gloss over the whole implication of this stance in regard to the Ten Commandments and coveting and stealing. Let’s look at a parable that talks very much this: the Parable of the Talents:

In this parable, God is very much like the man going on his journey, and he has entrusted his servants with certain things. In much the same way, we are all entrusted with certain talents as well, be that different gifts, responsibilities, wealth, whatever. But when he returns, he takes his servants to account, to see what they did with what they were given. Note in the passage they are not judges against each other, but judged by what they did with their own talent.

But the last servant took it a step further, and decided to use some of the same kind of rhetoric the protesters are using, accusing the man of, essentially, not having “earned” his money. And the boss responds accordingly, and the servant not only loses his job, but what was given to him as well.

Are there true injustices? Absolutely there are. But this is not the injustice you are looking for… 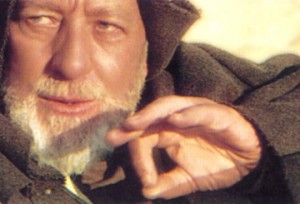 I normally don’t use my blog for this sort of post, but after the events of the past few days and a particular post on Facebook that I engaged in, I knew it was necessary. Let me preface by admitting that I am not a fan of the vast majority of this so-called movement. First,…