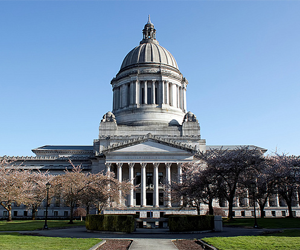 After my reply, the email I received was, verbatim, the summary of the bill…so I replied back with:

Thanks. I’ve already read through the bill report and the analysis.

What’s becoming more troubling, though, is the apparent refusal to address the specific questions asked by a constituent. I know you and you colleagues are busy, but the questions could have been addressed just as easily in the time spent on the two responses already sent. Should the non-responses be viewed as disdain for a constituent that disagrees with you on a bill? Because at this point, that’s the only explanation I have…

A little snarky, perhaps, but I tire of the arrogance of far too many our elected officials, that they are due some sort of special deference and don’t have any accountability to citizens. All I was asking for were the answers to a few specific questions regarding the bill…

Apparently that struck a chord of some kind, because two days later I got a reply. Sort of.  My original question in red below, responses in black.

1. What right does any other entity beside the parents have (with the exception, like it is currently, if CPS is involved) to access to the children?

There are many family members who feel they are unfairly shut out of visitation rights for a number of reasons. A person would have to make his/her case in a court of law.
2. What basis are you using in determining that others do have such rights that far exceed current law or definitions?

I listed the many criteria in a previous email.
3. What basis are you using in forcefully overriding the rights of the parents?

Again, as stated below, one must petition before a judge in an attempt to be granted visitation rights.
4. Are you even considering the implications to not only families, but to the court system, the foster care system, the school system, etc.

It requires the petitioner to pay court costs and attorney fees if the case is found to be in bad faith or without a reasonable basis.

I think you can see why I deemed the answers as ‘sort of’ answers.  There could be a month’s worth of daily posts analyzing the answers, but it’s not worth that effort…and readers know the quality of the answer.  These are the people writing our legislation…or at least voting on the legislation.  I’d like to think that the responses from Rep. Sam Hunt are not necessarily indicative of most legislators, but I also am a realist and acknowledge that there is a great likelihood that’s not the case.

HB 1934 is a bad bill of gigantic proportions. Despite his assurances, there is NOTHING in the bill that restricts the petitioning to family members…not only that, but then we are supposed to rely on an increasingly activist court system to determine whether the case is reasonable and in good faith, or even worse, rely on those courts to decide visitation and override parental rights.

Our kids are not the state’s. They are ours.

As before, I encourage all parents in WA State  to contact your representative and the sponsors of this bill and voice your opinion.

To aid in this, the following link provides the email addresses of the sponsors in CSV format, here.

Original post here. After my reply, the email I received was, verbatim, the summary of the bill…so I replied back with: Thanks. I’ve already read through the bill report and the analysis. What’s becoming more troubling, though, is the apparent refusal to address the specific questions asked by a constituent. I know you and you…

…And Thanks for All The Fish!