Skip to content
HomeArchivesJoel Osteen and Mark Driscoll and Rob Bell…Oh My! 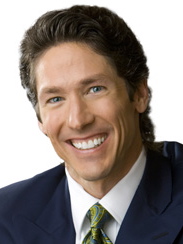 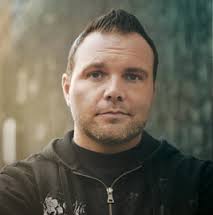 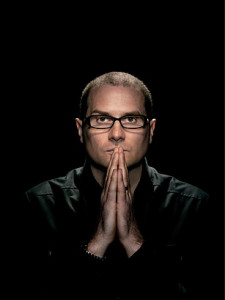 I know it’s just before Christmas, and the clear cultural trend is for posts to be wonderful and cheerful and lighthearted. But after reading yet another post about one or more of these gentlemen, I find it difficult to hold me tongue…or fingers, as the case may be.

First, let’s take a look at the example of Jesus…he certainly did not shy away from criticizing the religious elite of the day. As a matter of fact, it was often quite the opposite…intentionally goading them and finding fault in their words, actions, and motives…but judging from Scripture.

So perhaps criticism isn’t nearly the bad thing some are making it out to be, eh? Especially when it is grounded in Scripture.  So let’s strike the argument that we shouldn’t ‘touch God’s anointed’, ok?

Let’s see what appears initially to be the opposing argument in Paul’s letter to the Philippians.

Some indeed preach Christ from envy and rivalry, but others from good will. The latter do it out of love, knowing that I am put here for the defense of the gospel. The former proclaim Christ out of selfish ambition, not sincerely but thinking to afflict me in my imprisonment. What then? Only that in every way, whether in pretense or in truth, Christ is proclaimed, and in that I rejoice.

Seems Paul is on the side of the argument, effectively saying that it doesn’t matter why they are preaching, just that they ARE preaching.

Even if that was Paul’s intent (which I personally doubt), you don’t have to look far into any of his letters to realize he certainly didn’t mince words when it came to the content of WHAT was preached and how the faith should be lived out. He met those head-on in many cases.

But speaking of Paul…let’s take a look at how he interacted with Peter…Original Disciple, member of Jesus’ inner circle, Apostle, Cornerstone of the Church, Bishop in Jerusalem…surely God’s anointed if there ever was one.

But when Cephas [Peter] came to Antioch, I opposed him to his face, because he stood condemned. For before certain men came from James, he was eating with the Gentiles; but when they came he drew back and separated himself, fearing the circumcision party. And the rest of the Jews acted hypocritically along with him, so that even Barnabas was led astray by their hypocrisy. But when I saw that their conduct was not in step with the truth of the gospel, I said to Cephas before them all, “If you, though a Jew, live like a Gentile and not like a Jew, how can you force the Gentiles to live like Jews?”

That’s right…Paul not only criticized God’s anointed, but did so publicly. Mind you, this was Peter, not exactly known for self-control in tongue or action…this could easily have gone not well for Paul. But what he was criticizing was Peter’s behavior and how it wasn’t inline with Scripture AND how it was affecting other believers.

There’s a lesson in that.

Let’s forget about arguing about how much the person supposedly did for the kingdom. Paul didn’t care.

Let’s forget the talk about how committed of a Christian the person is in private. Paul didn’t care.

Let’s forget the talk about how wide of an audience the person has. Paul didn’t care.

Let us instead look at WHAT the person is actually preaching, JUDGE it against Scripture, EVALUATE how it is affecting other believers, and CONFRONT when needed. Period.