So Now Vaccines are a Political Talking Point… 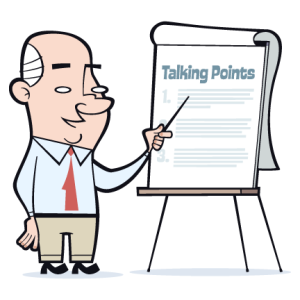 So, with a presidential election coming up in 1.5 years, politicos of every persuasion (except, apparently, those who represent individual freedom) have decided to seize the Big Concern of the Day™ and twist the current vaccination hysteria into a political talking point.

I suppose they really can’t help it, since that’s all they seemingly know. But that’s for a different post.

Let’s take a peek at what the apparent heir to the Democrat throne said:

The science is clear: The earth is round, the sky is blue, and #vaccineswork. Let's protect all our kids. #GrandmothersKnowBest

At face value, it sounds good. But it’s quite the ironic twist of logic and common sense once you scratch the surface.

How so, you ask? First is that science–true science–is never clear…it’s always tested, always challenged. Science at one point thought the world was flat, ironically. And we could fill volume upon volume of books with major ways science has been wrong. [This site happens to catalog what they call the Top 10 Most Famous Scientific Theories (That Turned out to be Wrong), including the brilliant Albert Einstein.]

But medically, there’ve been quite a few times, even in recent times, that it’s been flat out wrong, while all the while telling us things were perfectly safe. In the 40s and 50s,  X-rays were used for routing prenatal care…until it was discovered to be causing childhood cancer. In the 50s and 60s, thalidomide was given almost universally (and over-the-counter in some countries) for anti-nausea, particularly in pregnancy…until it was proven to be causing massive birth defects. And even live oral poliovirus vaccine was thought to be perfectly safe…until it was discovered that the shedding of the live virus from those vaccinated was infecting people, and it was discontinued in the US.

But vaccines, they are a sacred cow. The manufacturers have been given legal immunity that other drugs do not get (so no lawsuits, class-action or otherwise), and the FDA appears to spend more time discrediting Dr Oz¹ than forcing stringent independent testing. Oh, and there’s the revolving door between drug companies and the FDA, but it’s totally not a conflict of interest or possible point of corruption.

In essence, the handling by the FDA of vaccines and their manufacturers has tainted the science and tainted the product. The science that has, at time in the past, been very wrong, while telling us things are perfectly safe.

So, to Hillary and the other talking heads, here’s my response…or I should say…what Dwayne “The Rock” Johnson has to say to you:

1. Regarding Dr Oz: I’m not a fan or a critic. I don’t really care. But I do more the disproportionate amount of time and attention given…

So, with a presidential election coming up in 1.5 years, politicos of every persuasion (except, apparently, those who represent individual freedom) have decided to seize the Big Concern of the Day™ and twist the current vaccination hysteria into a political talking point. I suppose they really can’t help it, since that’s all they seemingly know.…

The Non-Vaccinated: Let’s Round Them All Up…