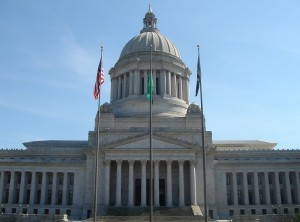 First, since this is likely the first visit to the site for almost all of you, and the first interaction with me as a constituent or citizen for just shy of that same amount, let me start with an introduction…

As the domain name suggests, I am a dad. I have four precious kids that I delivered into this world (one at home, three at a hospital). I was the first to hold them, to support them, and to love them.

I’m also the father of one that I was never able to hold alive. My wife had contracted gastroenteritis, and went into the emergency room. She was seen, given one bag of IV fluids, and despite her symptoms not fully subsiding and despite some signs of fetal distress that she was insisting were concerns, she was sent home by the attending physician.  And a day or two later we lost our son at 14 weeks.  To top it off, when she called into the hospital to find out how we were supposed to deal with his body, she was asked, to our shock and disgust, whether he was too big to flush down the toilet.

All that to say these: medicine isn’t perfect. Medical professionals are human. They make mistakes.

And so do politicians.

Every vaccine has possible side effects, and some of them extremely severe. It’s juvenile to believe that vaccines are “safe and effective” because it implies that all vaccines are safe and effective, and that they are tested at the same level as other drugs. Neither is true. All have possible side effects, and all have dangers…

Medical exemptions in the State of WA currently only allow physicians to grant a waiver if there is a “valid medical contraindication”. Do you, as a legislator, know what the entails? If not, the common ones are here (from the CDC). Note that almost EVERY one of them lists this as the main contraindication: “Severe allergic reaction (e.g., anaphylaxis) after a previous dose or to a vaccine component.” So my child has to have a severe reaction in order to be granted a waiver, despite say, certain family medical history like allergies or seizures? Yes, that’s exactly what it means.  The CDC even has a chart on Conditions Commonly Misperceived as Contraindications to Vaccination. Listed, specifically: allergies and family history of seizures…two of the very things that under many other medical procedures would, in fact, be contraindications.

But look at some of the things in that list.

Just three examples that the CDC would say aren’t medically relevant. Any other medical procedure they certainly would be.

As a parent, and as a parent that has suffered loss because of medical negligence, I can tell you without hesitation that those are indeed areas of concern.  We are not the current media-driven ‘anti-vaxxers’…we believe in actual informed consent and judging each vaccine on its own merits and dangers, and because of that, we’ve chosen to selectively vaccinate. Removing one set of exemptions because of a political knee-jerk reaction to a measles outbreak that is not larger than normal, and no more dangerous than other years is not just a mistake, but a dangerous one.  Vaccinations are a medical decision that should be made between parents and physicians, not the State.

You may, like the vaccine manufacturers, not have any legal liability because of your decisions, but that doesn’t relieve you of doing the right thing. And the right thing is to leave such decisions to parents and to their healthcare providers.

First, since this is likely the first visit to the site for almost all of you, and the first interaction with me as a constituent or citizen for just shy of that same amount, let me start with an introduction… As the domain name suggests, I am a dad. I have four precious kids that…

Spring is in the Air…with LTD Commodities!