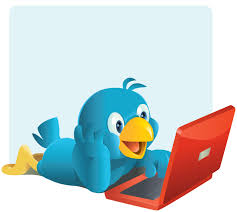 Sometimes when stumbling around Twitter, you come across someone and despite the preponderance of political rants and celebrity gossip nonsense, you have a pleasant exchange…with a real person. You know, the way social media used to be, once upon a time.

And that, my friends, is exactly what happened this weekend. I ended up following a singer/songwriter in Nashville, and it was such an unusual encounter that I wanted to introduce her.  Her name…you may have guessed from the title…is Salina Solomon.

And I asked her a few questions for this…[excerpts below]

Q: when did you first want to be a musician/singer, and what experiences growing up helped develop those talents?

A: My dad is an aspiring opera singer, my grandpa introduced me to jazz. My mom was a Beatles fan. I was always surrounded by music, all types. I was lucky to be in a family that loves music. I began cello at the age of 6 because I heard my music teacher play a piece called “The Trout”. I didn’t know what that instrument even looked like, but I loved the sound.

As I got older, I started to write melodies by age 9. Soon, chords came through when I was 12. I would go back and forth between my basic levels of piano and guitar, but I decided that a girl learning guitar was so much cooler.

Q: What led you to Nashville, how is it, and who are your main musical inspirations?

A: It took me a while to decide the path of being artist because I was so obsessed with songwriting. But it made a great choice.

I went to a songwriting conference from NSAI. I was in Nashville for 3 days. I fell in love with the city. In July of 2013, I made an overnight decision to move. I had a roommate within a day and a place to live within a week. I officially moved in October.

Everyone thinks Nashville is just for country. No, it’s not. It’s a place to meet the greatest artists, songwriters and music business people I’ve ever met. It’s where you develop your craft, and where you meet like-minded people.

I’m obsessed with Tony Bennett. Though I grew up avril lavigne songwriting. She was my main influence.

I try to use it in my own writing cause who wants to hear the same crap all the time? I surely don’t. Maybe I’m just weird that way. But I believe if you can be open minded with music, you can connect to more people.

Q: so what’s on the horizon for you?

A: I’m touring… A lot. I’m trying to reach as many people as I can. I want to know their stories. I want to know what their life is like. There’s nothing better than making amaZing friends on the way.

I have a lot of TV appearances too.

Q: What advice would you give to a budding musician (like my 16yo daughter)? 😉

A: If someone tells you you’ll never make it, you’re too this or too that. Use that as a way to motivate you.

So go check her out!

Sometimes when stumbling around Twitter, you come across someone and despite the preponderance of political rants and celebrity gossip nonsense, you have a pleasant exchange…with a real person. You know, the way social media used to be, once upon a time. And that, my friends, is exactly what happened this weekend. I ended up following…

The Minimum Wage Debate and the Little Secret…