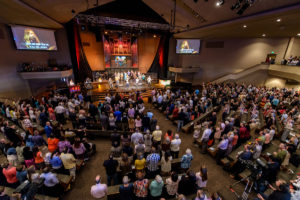 I’d previously began a series about the scandal and my perspective from my time there in the 90s. I have since decided to not only not continue the series, but to delete what I had written.

Part of the reason is that I just don’t have the time to put into it right now. I don’t believe I was wrong in what I was writing, but there didn’t seem to be much point in it, aside from my main point, which remains: it’s the carte blanche defense of Pastor Curry that is disturbing. By that, I do not assume either his guilt or his innocence, though with additional information having come out since the initial story, it’s far harder to defend a blanket innocence.

That’s the main point. Again, I do not know whether the allegations are true, but I do know that putting him on a pedestal and declaring he could not possibly have done such things is reprehensible, because he is, contrary to the thoughts of some, only a man, a sinner saved by grace…but a sinner nonetheless. My personal experience working alongside him for a time at Life Center simply shows just that.

And for those that can’t or won’t grasp that, I have to wonder what gospel you’ve been taught.