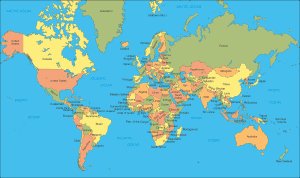 Keep in mind we are homeschoolers…we often think about education a bit different. Sometimes we just do.

Our epic project for this coming years incorporates so many facets of learning that even if I list them, there will be something I will miss. Likely many things.

Be that as it may, the project is this: Sammy and I will be working toward obtaining a coin and paper bill currency example from every sovereign country in the world. Sammy will then locate the country on a map, identify the person/people/symbol/seal/other items of importance on the items, and research them for their historical, cultural, religious, or other significance.  He’ll be estimating the value of the items. He’ll be keeping a journal of these items and his findings, and we’ll be reporting regularly on this blog in writing and developing a video blog about the project.

Epic, yes.  But the idea captured his interest, and well, my social media involvement certainly has the potential to help us out in obtaining the items.

I have one wrinkle to add, in part because of some coins I have from the former Soviet Union) and that is trying to also obtain the same items from countries that no longer exist (from modern times, particularly the former Eastern bloc countries), as well as the countries that now use the Euro in place of their own former currency.

This page will be re-written as an overview of the project, and updates will be linked here, but written as separate posts below. So check them out as well…

Please email me (scotters@gmail.com) if you would be willing to help (so that I can avoid publicly posting address, but also so that I can help him track what is pledged, received, etc). THANK YOU!